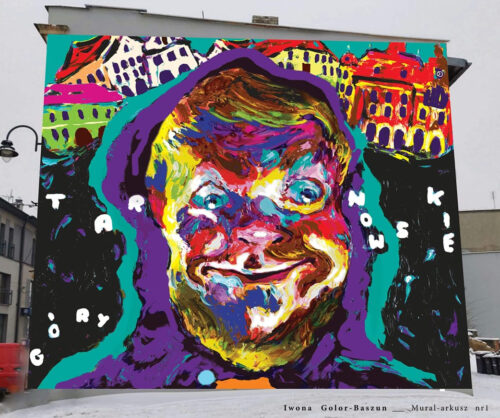 Proposal of project for “Mural TG”, a mural in my home town- Tarnowskie Góry. The city is famous for its silver mine, according to legend, the first barrel of ore was found by the peasant Jan Rybka around 1490. At that time,  began to arrive a settlers, and on the land of the village of Tarnowice, “gory” arose – hence the name. In the project based on a vision of young Gwarek inspired by the discovery of silver (model Kuba Fedak from Kapeli Fedaków) a city is born growing on its head. The image is the result of a 3-step process:

1. The digital concept on the iPad 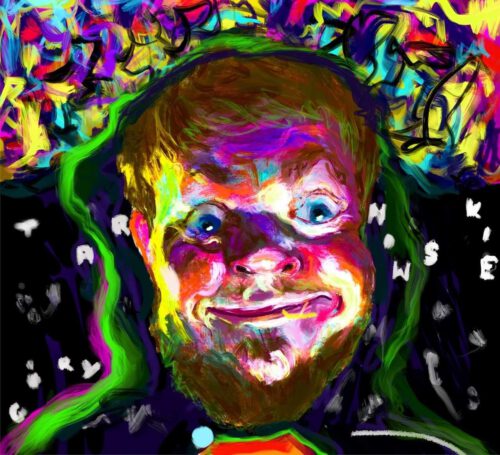 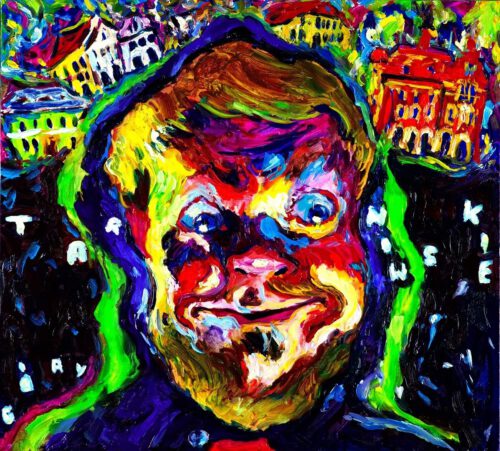 3. Computer edition of the oil version 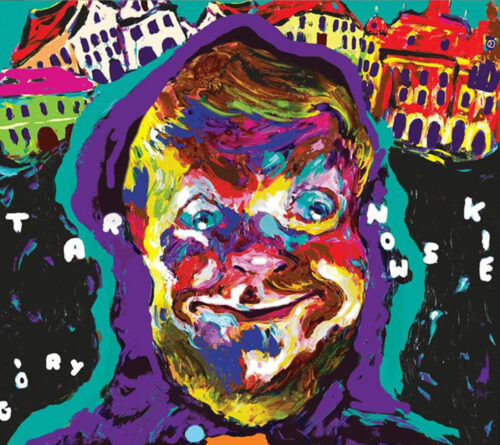 The project was created as part of the “MURAL TG” competition, which received as many as 50 applications, and only 5 proposals in the poster convention preferred in the regulations, but I would not be myself if I did not approach the subject of painting! After all, it was a very inspiring venture and hopefully more such actions at TG