“Portraits in Witkacy” is a series of 13 oil portraits painted by me, depicting actors from Witkacy Theatre. The first vernissage took place on 25.05.2019 in the Witkacy Theatre in Zakopane, during which Maria Holka and Alek Baszun – Retrospektakl band, as well as Agata Siemaszko performed. For this event, the introduction to the catalogue was written by a great cultural expert, journalist and writer Jacek Kurek, (you can find this introduction below). The project was co-financed by the Tomasz Gałek Foundation named Perspektywy.

Every person born in this world brings with them something new, something that has never existed before, something original and unique – Martin Buber.
The notion of deformation expresses that something that has a sacred form in some way has been distorted, without losing its resemblance to the original shape – Stanisław Ignacy Witkiewicz.
Figuration has a meaning only when it undergoes a certain transformation – Piotr Naliwajko
The aim of traveling is meeting. It can take place in space or in time, maybe in the place where we are and which we do not leave, if it is open to us. It is realized by the gift of the presence of another person and it is realized only when it leaves a lasting, good mark. Thinking in the horizon of the meeting is called the philosophy of dialogue, based on the intuition of Ferdinand Ebner. Emmanuel Levinas described the Second as the Other, Martin Buber described him as “You”. The consequence of the latter approach was ruth expressed in words: I am, because you are, that is… I am as long as “You” are in relation to me. You complete me, you explain, you call me, you teach me yourself, because you are you, because only in you and thanks to you I can discover, know, call “Myself”. The one who is portrayed by the painter looks at themselves in painter’s eyes, in the eyes of the Other. It is a life-giving gift to see what I would never have been able to see by myself, standing in front of a mirror and facing myself. There is no portraitist without a portraitee. The portraitist is looking for the Other with determination, because without them art would not exist, and portraitist could not exist as the one who creates… Nobody is fully themselves if they do not find the one in whose eyes they complete their own image. Touch can be a sight, and a hand, a heart, a thought with eyes… To see with a heart means more than with eyes. A good portraitist knows it. The gift of a separate, individual, expressive portrait painting by Iwona Golor is fulfilled in the philosophy of meeting. It is a gift to see oneself as one cannot see in any other way. It arises from the affirmation of the Other, from the affirmation of “You”…
The portraits of Iwona Golor show what is visible, but also what is hidden until the moment of their creation, thus existing in the depths (both of the Artist and the portrayed person), at first unknown. Each of the portraitee remains themselves. At the same time, they become fuller of vision, expression of the Painter, truth so far, but also… in no other way accessible. These are portraits of those who can be seen and recognized, but presented in a way that makes it possible to discover them again, different (differently) than ever before. At the same time, it is a proposal for them that is not binding and unrestricted, at most an opportunity and invitation… to a conversation, a meeting that can be rejected. It is therefore a space of freedom, necessary for the meeting. “You painted me as I am when I dream and as nobody has ever seen me before, as I do not see myself” – wrote one of the portraitees to the Artist and added: “[…] you painted what I do not see in myself and what I discover thanks to you”. A successful portrait is not based on what is visible. It happens like an intimate letter that is read in silence and loneliness, or like a poem of a poet about an addressee… Like an act of an unwritten drama about them. Or like an act – simply… It is like an unknown and so far untold story… Like a smile… Like a portrait, so hastily the Artist, that the face that appears on canvas, on paper, finally look into the eyes, read in them, nest, break the distance, extinguish fear, light the truth and life… But slowly, slowly… One must not hurry. You have to breathe… This is how the portrait reality of the great viewers becomes real. I experience this also now, writing these words here in Milan, among those portrayed centuries ago, still looking at the visitor in depth….. or looking in other directions… What did the artist see? What do they see? What do I see? Asking, I once again face the portraits of Iwona Golor, who affirms humanity, her kindness towards the person, her cheerfulness, her sense of humour and openness to meeting, her smile of the Artist who gives her vision and in every vision remains herself and also to the Second, already richer, allowing themselves to remain who they are.
Jacek Kurek 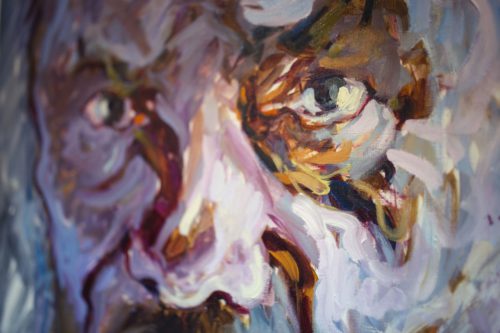 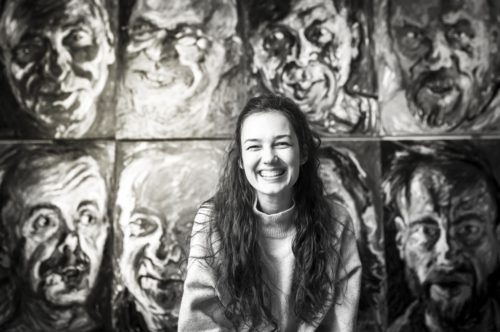 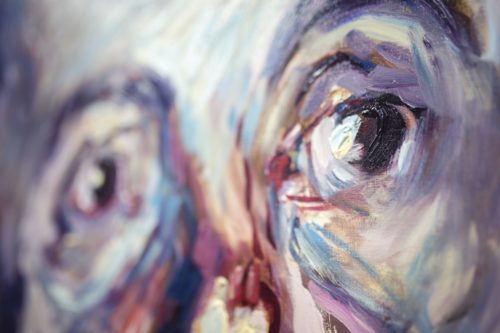 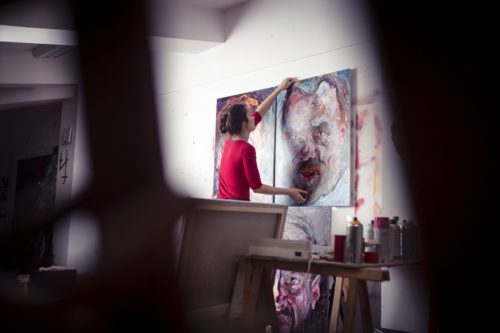 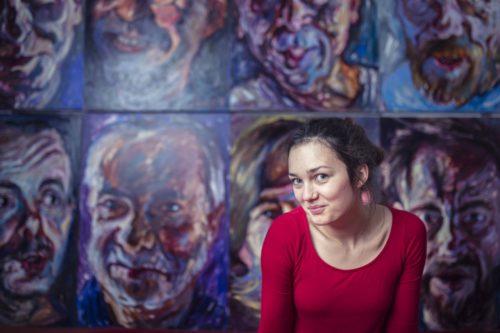 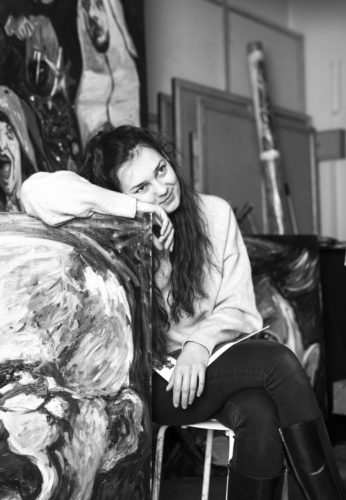 PHOTOS FROM THE VERNISSAGE 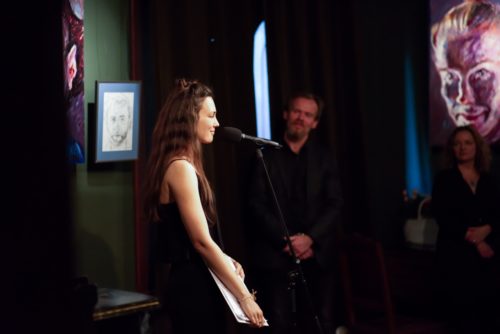 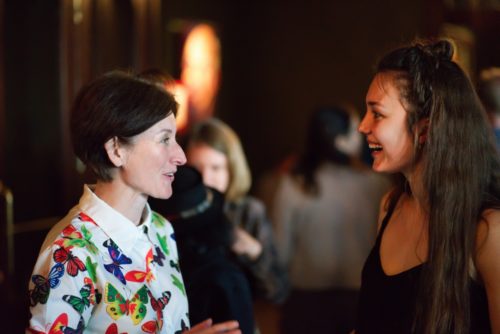 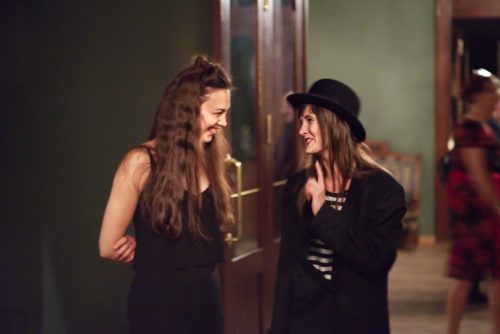 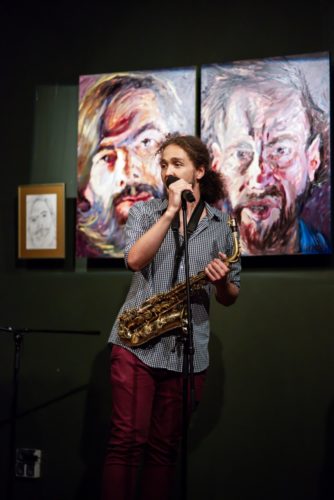 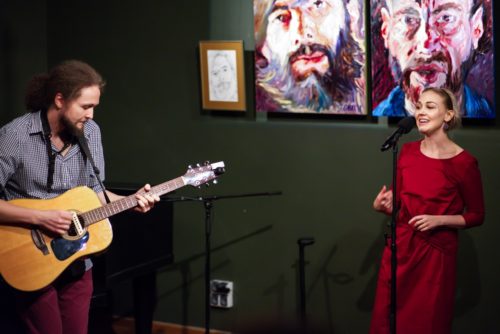 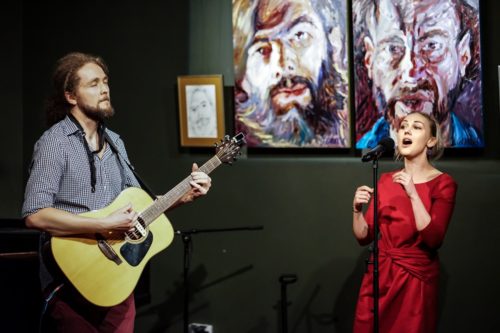 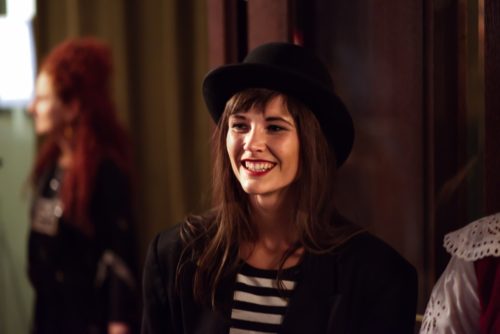 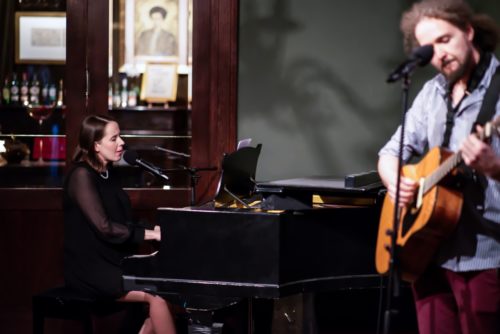 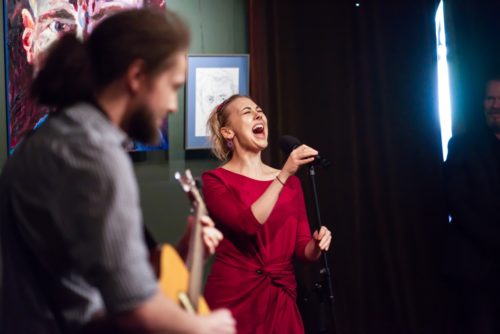 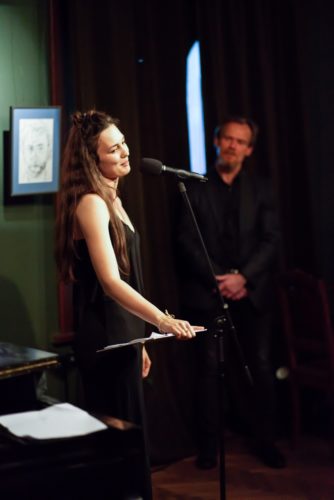 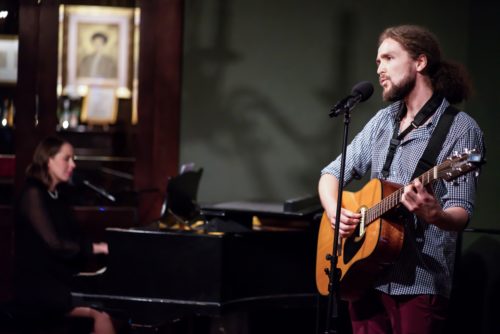 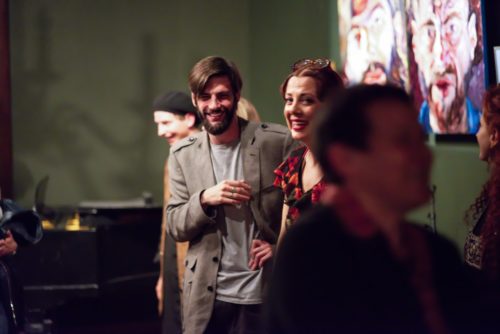 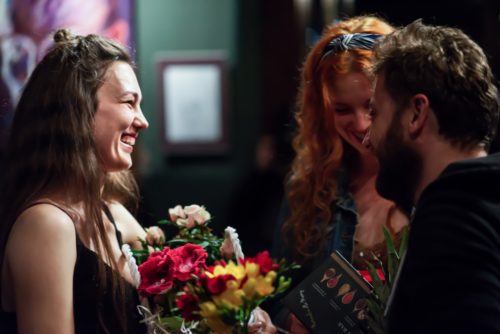 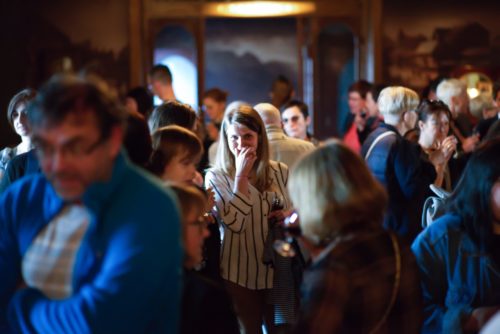 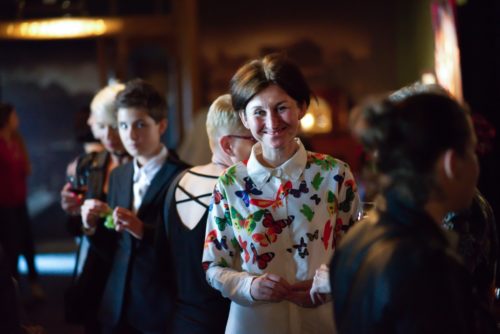 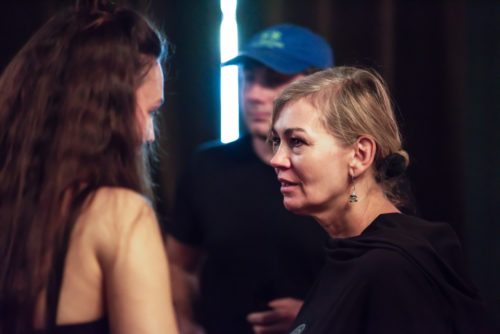 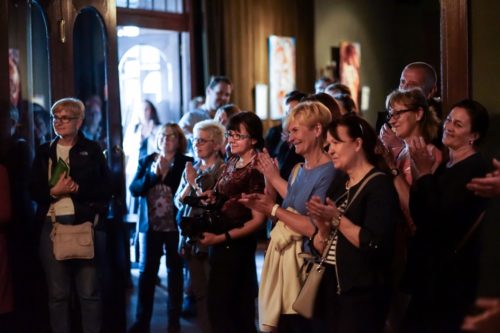