Landscape of Faces | Face of Landscapes. Vernissage 09.08 at 19:00 in Przytyk Gallery in TCK in Tarnowskie Góry

At the exhibition I present two topics in two techniques: portrait and landscape, oil painting and iPad painting.
Among the oil portraits you can see, among others, my latest series presenting actors from Witkiewicz Theatre, named “Portraits in Witkacy”, which had its premiere at the Witkacy Theatre in Zakopane in May this year.
For each oil portrait firstly I create a series of sketches and drawings.
This is a stage serving to understand the model, his/her character, form and facial expressions. Drawing brings me closer to a better understanding of a human, of a face, allows me to gain lightness and boldness in presenting human’s features, and also helps me to crystallize the light, expression, tension and composition of the image. Before creating an oil portrait, a series of drawings and studies are created, from which the best one is chosen at the end. Such a final drawing is much more than a preparation for a painting, usually it becomes an independent form with its own expression.
Next to portrait there is also landscape, which I paint only by nature
Often the decision to choose a particular part of the landscape is not easy, so I usually compose picture from different parts of landscape that surrounds me. Usually the choice of place is determined by colours and light. These, however, can change significantly during the painting itself, then I chase them, sometimes completely recreating the painting which had been already finished. The luminous mountains disappear in the folds of clouds, and the light changing colour, instead of a powerful summer illumination, slides only on the selected glades. The landscape is never the same twice.
iPad Works
It has been the first time that I publicly presented digital works. For me this is a completely new technological experience, where there are no barriers, no limitations, including those in the form of wasted canvases or paints when the work is unsuccessful. The inspiration for creating on a tablet was Hockney’s work and fluorescent shop windows of Amsterdam. The stylus I paint on the iPad screen imitates the behaviour of a pencil or brush, reacting to the pressure, angle and speed. A breath of fresh air, the joy of experimenting and creating in all conditions, but the possibilities of digital technology are not only a complement to traditional painting, but give me a new, inspiring look at the elements from which I have been building my painting world for years. Works made in this technique function as limited collector’s series.

Prints of digital works were financed by the Foundation Perspektywy. 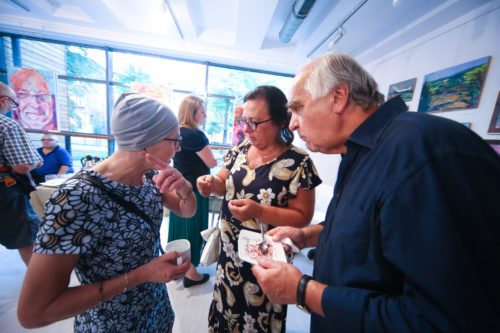 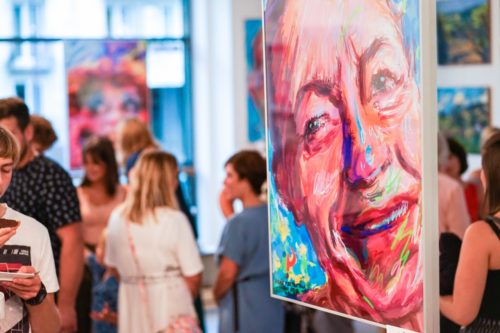 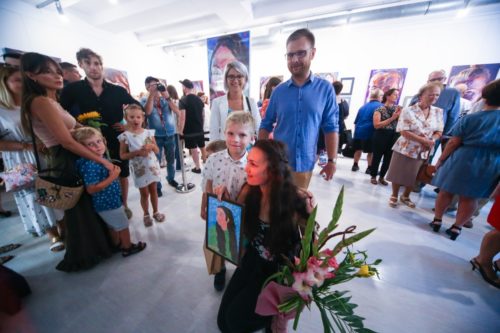 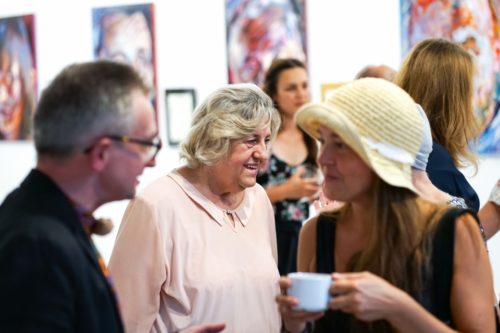 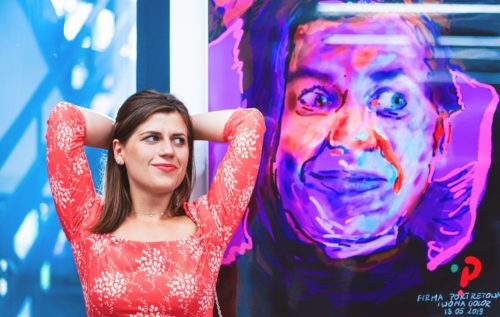 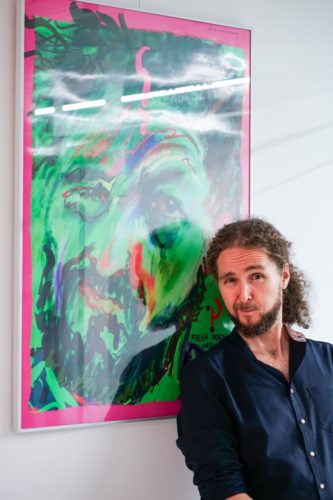 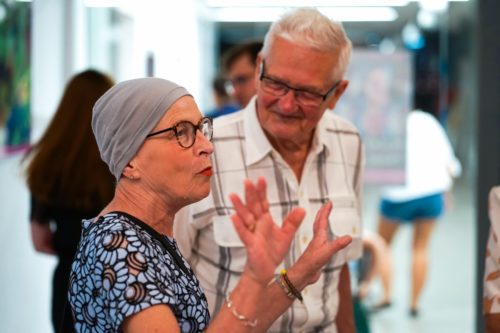 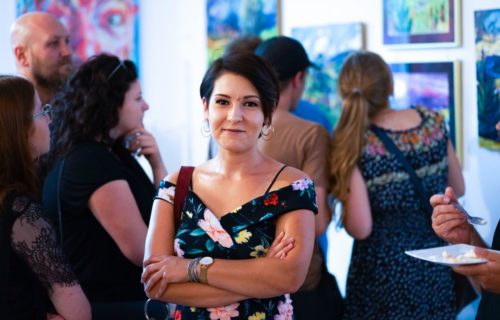 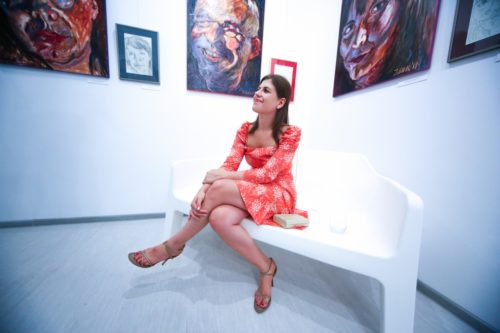 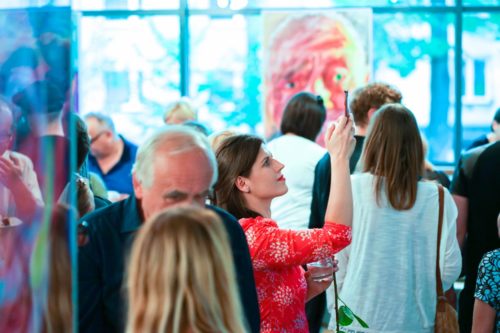 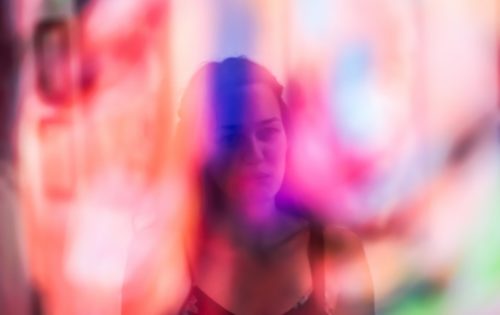 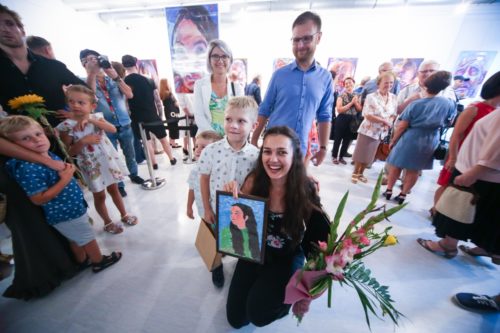 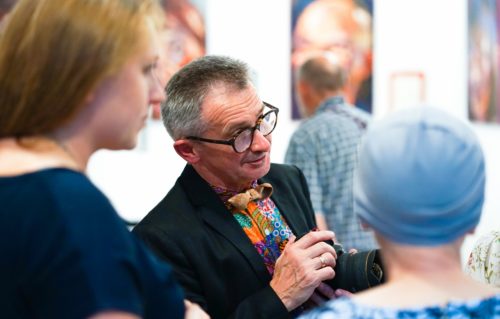 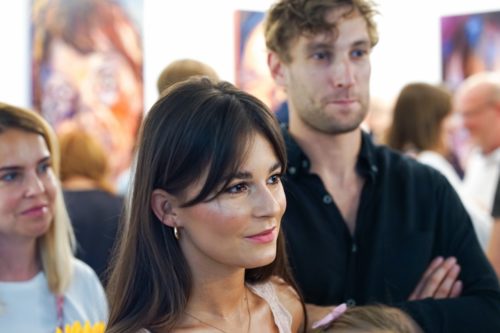 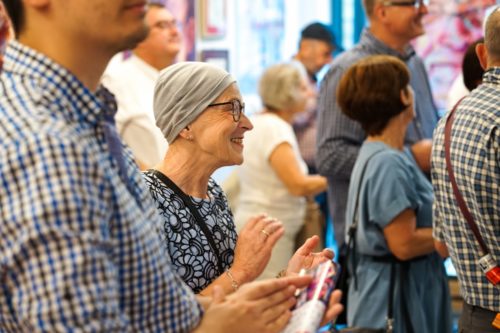