A series of portraits of 5 different people with 5 different life’s stories. Each story has been described under individual portraits – I invite you to read it. The paintings were created to individual order. 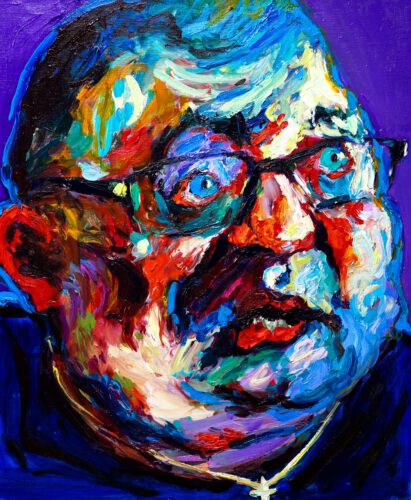 An outstanding polish cook. As a result of alcoholism he became homeless. He went to rest- home and won with the addiction, remaining abstinent to the end of his life. Remarkable sensitive personality. 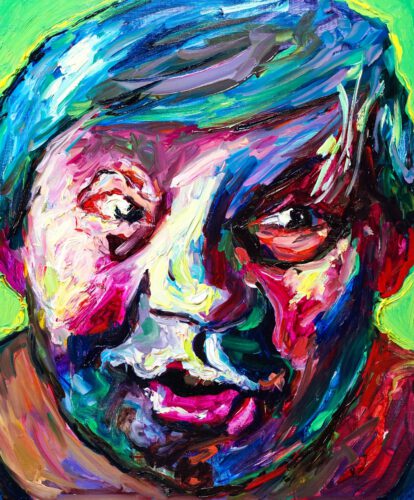 A humble and cheerful person, probably too delicate and ethereal to deal with the hard everyday life on her own.

A quiet, mystical man with a cinematic face. His bright life prospects were interrupted by a tragic accident 30 years ago. 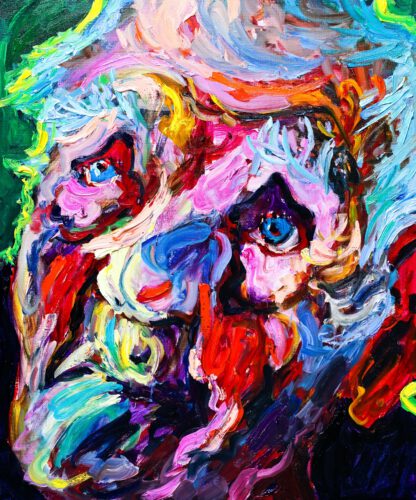 The oldest guardian rest-home, who came there not because of addiction, but because of his family which did not want to take care of him. Every day he counts his money, which is often taken by others. He spends most of the day in a bed dressed in a suit. 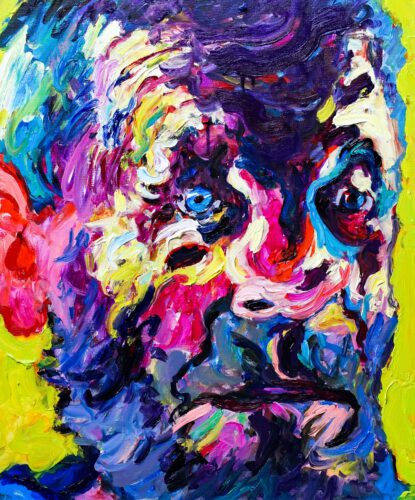 A very charismatic man. He resembles a cartoon character – Popeyea. An alcoholic who spent years sleeping at night in a closet on the cemetery and washing graves in the morning. Currently abstinent living in a rest- home.